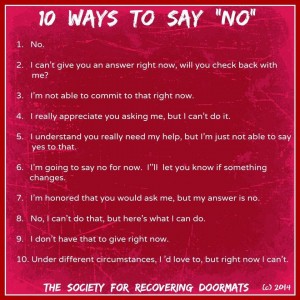 No is a tiny wee word but it is loaded with both power and paradox. According to Dr Dan Siegel this word, when said in harsh tones, fires up the same part of the brain (in the recipient) as would fire up if that person was being physically attacked. I went to a seminar of Dan Siegel as he is a world leader in neuroscience and his work has inspired me since I first came across it about five years ago. At the seminar he had us close our eyes and he said No repeatedly in a variety of grumpy and harsh ways. What we all experienced in response was in stark contrast to how we felt when he did the same thing with Yes. No pretty much leads to very uncomfortable feelings! You can find out more about Dan Siegel here.

I do the same demonstration in a parenting class that I created. In fact, for someone who has had to work pretty hard to be able to say No to people, in my professional life I put a fair bit of effort into teaching parents to avoid saying No too often to children. It is one change that will help facilitate a family culture of co-operation. Many people have an inherited map of parenting that leads to a style of parenting that is sometimes known as Sargent Major Parenting which tends towards a ‘No – just because I said so’ approach. That’s oppressive and we can be sure that when the little ones experiment with trying to assert their own No back to their parents it doesn’t work out too well for them. This background in childhood contributes to difficulty in saying No later in life. Of course there are other aspects to it as well, particularly for people who have had their boundaries violated in other harmful ways.

Funnily enough the techniques used to avoid saying no to children are similar in both method and intent as the ‘how to say No’ techniques listed above.
We can leave the No out and just give information
We can say when something will be possible if it isn’t right now
We can explain the problem
We can say something like, “I need a bit of time to think about it, I will get back to you by . . . time.

Of course with both adults and children there are times when just No said with calm clear conviction will be called for. Sometimes it may need to be said forcefully but in most everyday situations, things go best in the asserting of boundaries when the other person is not ‘attacked’ in the process. Our relationship with the N word begins in childhood, it can be useful to reflect on this as an adult who struggles to say No or as a parent who says it way more than intended. 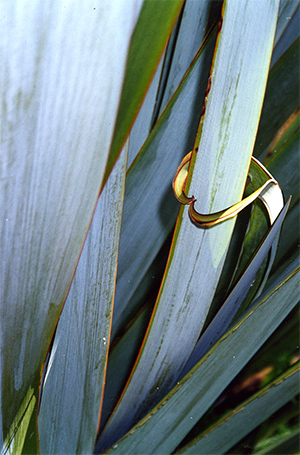 Parenting is a massive job. In current Western socio-economic conditions it has become easy to take parenting struggles as personal failure. Pretty much everyone has heard the saying it takes a village to raise a child yet most parents do it with … END_OF_DOCUMENT_TOKEN_TO_BE_REPLACED 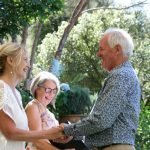 Barbara Greene was the celebrant for the wedding of Cynthia and myself . Besides being a friend … END_OF_DOCUMENT_TOKEN_TO_BE_REPLACED